Where have we been, you may be wondering? I don’t have anything exciting to report except that we’ve been here all along, up to our usual activities. OK, maybe a few kind of new things: Someone turned four years old! And her parents are having more and more of those “look at this amazing person! how is she already four?” moments every day. We are in awe.

So, here are some pics (and a video!) of some of our recent activities, including oh-so-timely pics from TODAY!

Mia is now riding her no-pedal bike like a pro, and picks up her feet quite often. She has gotten so good and confident cruising around the neighborhood that we decided to try it out in the foothills last weekend. She totally rocked it out! We did a 1+ mile loop (about 1.2 miles) that started out narrow and hilly and the last stretch was wide with a gentle downhill slope. She did all the climbs without a single complaint! We even had some rain — which is frequent during the Southwest Monsoon Season and a strong El Nino year, to boot — and still no complaints! She got going pretty fast on several reaches of the last leg — see video for clip of that. And about 2 minutes after that video (minutes before we arrived back to the car), she had a little fall. I have to say it was another “perfect injury“, providing a good scare but only superficial injury — see later pics for scratches on her right forehead. You’ll be pleased to hear that the helmet did its job and absorbed most of the impact. We were back on the bike the same week and her scratches have almost healed (5 days later). We’ll be mountain biking again soon!

[Side note for those of you who haven’t heard of a “strider” bike: It is a bike without pedals. The idea is that pedals just get in their way when they are learning. Without the pedals they can push themselves along and, only when THE CHILD is ready, they start to lift up their feet. They do it instinctively, without the adult coaching or instructing them. Once they find their balance, then you get a bike with pedals. Skip the training wheels altogether! It is super cool to watch.]

Her building skills are improving all the time. We are still thoroughly enjoying our Brio Builder set and recently acquired a few new building things including a magnetic set of blocks and a Lego snow sled set. She will just walk up and announce “I want to build XYZ. Will you help me?” For the pics below, she wanted to build a house. It was a little tricky because this particular set is more for build vehicles (cars, planes, etc.) but we pulled it off. Even if we did have to de-construct some of our earlier vehicles. The Lego Snow Sled contraption was a birthday gift from a boy, whose parent apologized for giving us a “toy for a boy.” I said something like “Girls like to build things, too!” and made a point of telling them how much she liked it. Indeed, she is asking for more. Right this moment she just asked me to build a wagon. So I need to wrap this up…Anyway, I was amazed at her ability to follow the pictorial instructions on the Lego set (which is allegedly for kids 6 and up). I had to help with a few of the teeny, tiny parts that were even difficult for me to snap into place but she did most of it herself. And I continue to be amazed at her ability to figure things out, use the tools, and problem solve. Check out the pics below to see a strong, smart person: biking, walking, and building like a girl. 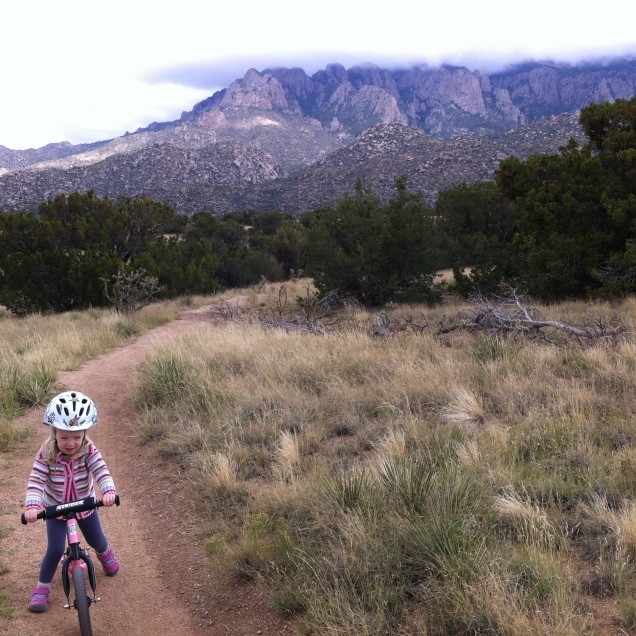 A look of concentration 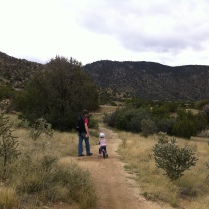 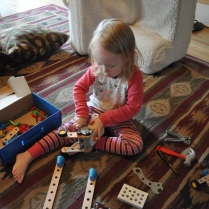 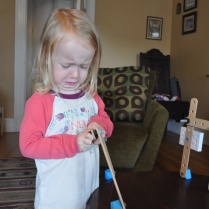 This is her “too tight for me to use fingers” face

Tightening a loose bolt with her fingers

Check out the frame of the house

Building the “garden” with magnetic blocks

Happy with her construction project: a “house and garden”

We spent this morning at the Special Shapes Rodeo of the Albuquerque International Balloon Fiesta. We saw the Dawn Patrol balloons lift off while we were walking in and got there just in time to see the two lead balloons inflate and take off (the two red and white balloons carrying US Flags in pics below). It was brutal to get up a 4:30 AM and sit in traffic but just look at that happy face in the pics below and you’ll probably agree it was worth it. (Still…thank goodness it is only once a year!)

Can you guess what one of my favorite things about these pics? These are GENUINE smiles not the “learned, this-is-my-camera-smile” smiles. Of course those happen a lot, they are just more difficult to capture. 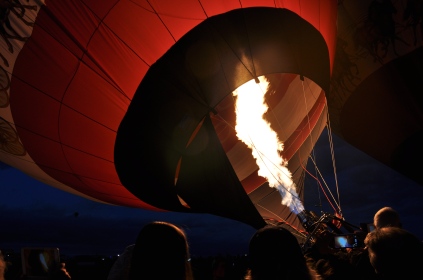 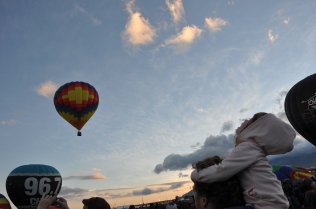 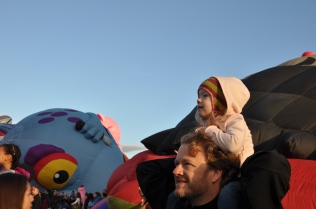 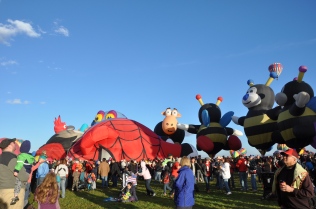 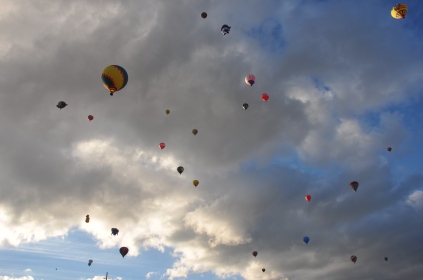 Those last two pics give you an idea of the scale of the event. And this wasn’t even one of the Mass Ascensions. And it was a Friday. You may also have noticed two of the many international balloons: Taiwan and Ciudad de Mexico. The pics never fully capture the magic of this event but hopefully you’ll get a little idea.

Hope everyone enjoyed the Fall Equinox and the soon-to-follow Super Moon and Lunar Eclipse! Happy Fall!